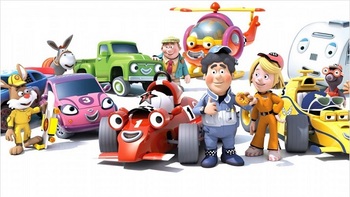 Roary the Racing Car is a British children's clay-mation show about a perky young race car, his fellow racing cars of various nations and the pit crew. The show debuted in 2007.

Examples of the following tropes