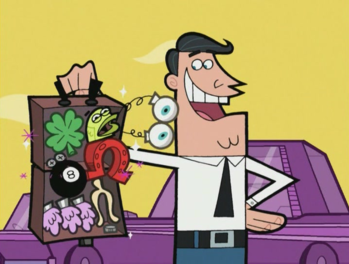 "Find a penny, pick it up, and all that day you'll have good luck."
— Old saying
Advertisement:

A good luck charm is an item that brings you good luck or is believed to do so. These are very common in folklore; the most common examples are a four-leaved clover, a rabbit's foot, and a horseshoe (hung upside down so that the luck won't pour out). In video games, expect an item like this to improve your Luck Stat.