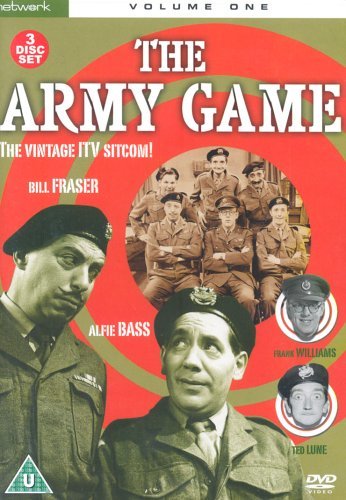 The Army Game is a British sitcom that was broadcast on ITV from 1957 to 1961. It was the very first ITV sitcom and was made by Granada, and created by Sid Colin. It follows the exploits of Hut 29, a dysfunctional group of soldiers and their National Service conscription into the British Army during the post war years.

The show centres on a group of National Service army conscripts who are based in Hut 29 at the Surplus Ordnance Depot, Nether Hopping, Staffordshire. The sitcom follows the antics of the privates, who are determined to dodge work and create some amusement out of a situation they'd rather not be in, and the attempts of their superior officers to stop the fun and keep the showers clean.

"What are the tropes of The Army Game?!" "I only arsked!"