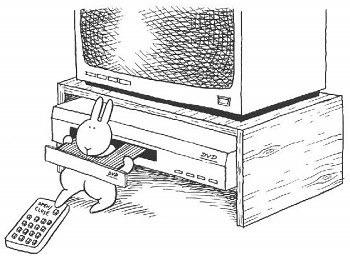 Razors pain you;
Rivers are damp;
Acids stain you;
And drugs cause cramp;
Guns aren't lawful;
Nooses give;
Gas smells awful;
You might as well live.
— Dorothy Parker, "Resume"
Advertisement:

In Real Life, Suicide is a very serious matter. People generally complete (or attempt) suicide because they are simply unable to cope with life and with their emotions. Overwhelming negative feelings such as anger or depression have become too much for them to bear, making suicide seem like the only feasible option. It is a tragic thing that happens all too often and is extremely traumatic for the victim's friends and family, who are left behind to grieve. When someone commits suicide, their loved ones are often wracked with anguish and guilt, wishing they had done something before it happened. They feel that if they had taken some action to help the person when they had the chance, their dearly departed loved one would still be alive.

In the land of fiction, whether gruesome and brutal or romantic and painless, it's a huge source of drama. Right? Well, usually.

Some shows aren't so serious. Frequently, they'll have one ridiculously depressed character who is either constantly on the verge of suicide or keeps attempting it. If it's the latter, expect Interrupted Suicide or Bungled Suicide to come into play. These characters are sometimes Driven to Suicide by the slightest thing, or else are so disillusioned that their lives are one long string of attempts to, well, cut that string. They see everything as a means of self-destruction. If the suicidal character is a Deadpan Snarker, expect protests along the lines of "Oh, just let me die already!" And in the event that their suicide succeeds, expect it to be an Undignified Death.

See also Black Comedy. Compare Seen-It-All Suicide, Black Comedy Rape. If the show playing this trope involves anthropomorphic animals, lemmings will always be the first choice. As with many Black Comedy tropes, this may evoke objections of "Dude, Not Funny!".

Upon the two of them being chosen to star in Aladdin, Chris begs Swag not to sing. Swag does anyways, and his voice is so bad it convinces Chris to jump off the carpet to his death.

Upon the two of them being chosen to star in Aladdin, Chris begs Swag not to sing. Swag does anyways, and his voice is so bad it convinces Chris to jump off the carpet to his death.