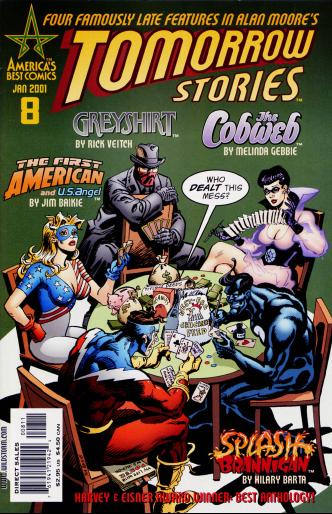 At the end of The '90s, Alan Moore founded America's Best Comics, an attempt to put a new twist on superhero comics from well before The Dark Age of Comic Books. Tomorrow Stories, especially so. Where Tom Strong started with mostly issue-length adventures, and Promethea had a mystical adventure arc that eventually went cosmic, Tomorrow Stories was an Anthology Comic that brought back the 6-10 page stories common in The Golden Age of Comic Books. It was a superhero Anthology Comic long after the fashion had passed.
Advertisement:

Each issue comprised four stories, with five features introduced overall. These were:

Tomorrow Stories as a whole provides examples of: