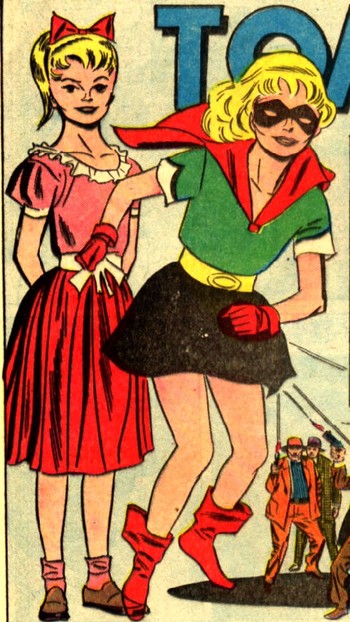 Tomboy is a Superhero from The Interregnum, created by Edvard Moritz and published by Sterling in Captain Flash #1-4. She's secretly Janie Jackson, a seemingly-demure 10-year-old and daughter of a police lieutenant, who goes out and fights crime as Tomboy.

Not to be confused with the more modern comic, the film or the trope.

This comic contains examples of