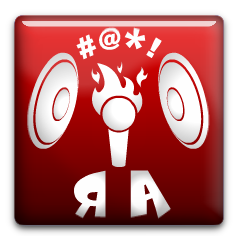 Random Assault is a entertainment podcast encompassing videogames, music, tv shows, and movies. However most of the focus is on videogames, and usually there is tangents about ridiculous stories that happened in their personal lives.

Their first collaboration podcasting was a Talk Radar Fan Extravaganza. Soon afterwards their podcast getting away from the TalkRadar name was Friends With Benefits. It was Friends with Benefits for the first 5 episodes, until there was another podcast that registered the name Friends with Benefits first thus changing the name to Random Assault. Several hundred episodes later, the show rebranded again and became The Career Suicide Podcast, initially taking on a live call-in show approach on Twitch, before dropping the gimmick and just being Matt and Mitch shooting the shit by themselves.

You can find their episodes here

This podcast uses the following tropes: