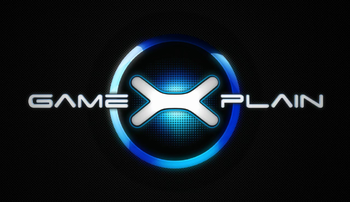 Hey guys, welcome to another TV Tropes article. I'm your host Trope-tan and this time we are joined by Alice and Bob as well as special guest Tropey the Wonder Dog to discuss all the tropes revealed by the latest GameXplain videos. So, let's get started!
Advertisement:

is a YouTube channel specialized in Video Games news coverage (mostly Nintendo-related), hosted by André Segers, Derrick Bitner, and Ash Paulsen (with also Tom Arnold mostly working in the background). They are mostly known for their analysis videos of preview trailers to find hidden details and their looooooooooong discussions about various news topic.

Outside of media coverage and the aforementioned discussions and analyses, they also have several themed ongoing series:

Since 2016, they also have started a weekly podcast called "Real Talk" on SoundCloud, where they talk about their personal week, some minor news not covered on the channel, then 3 topics asked by Patreon backers. In late 2017, they were officially joined by Jon "NomComms" Cartwright and Daan "NintenDaan" Koopman, the former hosting a new show called "Under the Super Scope" where he analyses the game design from classic games.

Tropes found by the Old Analysis Machine include:

Thank you guys for watching, and of course stay tuned on TV Tropes for more on GameXplain and other things tropey too. Until next time, bye!
Feedback

GameXplain complains about the low health heartbeat in Luigi's Mansion 3.

GameXplain complains about the low health heartbeat in Luigi's Mansion 3.