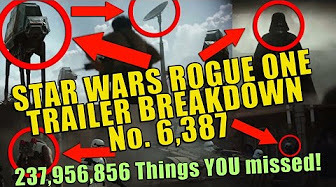 Obnoxious yellow text and red arrows? Better click it.
ComedyShortsGamer: Alright, what should we name this video, guys? We gotta come up with a title.
PewDiePie: How about "Surgeon Simulator with Dad"?
ComedyShortsGamer: Fuck you, we're naming it "What Would YOU Do—" [beat] "Extreme".
— PewDiePie, "YOU WONT BELIEVE THIS CLICKBAIT"

Clickbait is a term used to describe attention-grabbing, over-the-top, misleading headlines, thumbnails, and content intended to induce clicks from internet users. For the purposes of this page, however, we'll only be listing and discussing parodies and In-Universe gags about clickbait.

Why? Well, clickbait's definition is a source of complaining on par with any Flame Bait. Read literally, "clickbait" is something of a non-sensical term. Every title is, by definition, clickbait. Every writer wants you to read their work, and titles are designed to grab the reader's attention and entice them to read the story. Even the most hard-boiled reporter writing on the driest subject matters wants readers—financial journalists aren't reporting on international monetary policy for their health.

As such, the question of whether a work qualifies as clickbait is often the subject of intense debate, and we don't want anything to do with that argument. For example, even Buzzfeed, a website often considered synonymous with clickbait, has published an article

arguing that they don't use it at all.

Even if defining and listing actual clickbait can largely depend on subjective Audience Reactions, finding an attempt to play with the trend intentionally is feasible. And any Shallow News Site Satire worth its salt will have clickbait parodies by the bucketloads. If someone gives an example of clickbait, it will often fall into one of these types:

Why did these cheap templates become popular in real life? Well, many online creators make their money by selling space on their web site to advertisers. The more visitors a site gets (the more people who click on their content), the more advertisers are willing to pay to place their ads on the site. This means that finding ways to bait people into clicking becomes the crucial business consideration for a content provider.

Since making exceptional content is hard and expensive, creators look for shortcuts. They use sensationalistic, attention-grabbing titles and opinions to grab clicks, often from readers who are intrigued or outright appalled by the title or whatever visual they have to click on.

With time, the public has become aware of these tactics and they've been labelled "clickbait" since at least 2006

. This ubiquity has led many creators to discuss clickbait more openly and use the obnoxiousness of clickbait as a source of humor. Since clickbait thrives in Web Original content, those creators tend to discuss these tactics the most.

This is related to other tropes dealing with advertising and attracting viewers: Never Trust a Trailer (which is about misleading marketing in general), Superdickery (a misleading marketing tactic where heroes look like villains), Lady Not-Appearing-in-This-Game (where a sexualized woman is used to advertise a game she isn't in), Wolverine Publicity (where a popular character is used to market a product they aren't central to), and Advertising Disguised as News. In an offline context, similarly sensationalistic announcements often come from The Barnum ("this next great wonder of the world will astound and amaze you!") or from Lurid Tales of Doom.

Because of its proliferation in real-life, especially on the internet, as well as the controversy involved in serious examples of clickbait, list In-Universe Examples Only.

You won't believe the shocking list a group of tropers made of these examples!

A scene from Angry Birds on the Run S1 E7 "Click Bait".

A scene from Angry Birds on the Run S1 E7 "Click Bait".