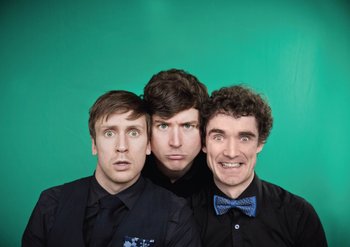 pages, and have gone on a number of successful tours both within and outside Ireland over the last eight years.Their sketches usually consist of a mixture of observational comedy, Surreal Humour and Irish references. Several of them have gone viral on well-known Irish websites, such as joe.ie and the Irish Examiner.com.
Advertisement:

(And yes, Arms is that guy from the Mc Donnells curry chips ad