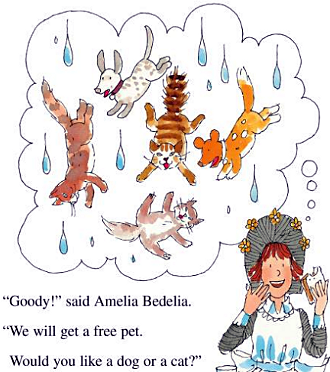 When it's raining cats and dogs, don't step in a poodle!
Rocket: [Drax's] people are completely literal. Metaphors are gonna go over his head.
Drax: Nothing goes over my head. My reflexes are too fast. I would catch it.
— Guardians of the Galaxy (2014)
Advertisement:

A literal-minded person just doesn't get figurative speech, instead interpreting instructions, idioms, understatement, sarcasm, and so forth completely literally.

Some of the ways this trope is played:

Characters who have this as a primary characteristic will occasionally be The Comically Serious. Compare Literal Metaphor, Shaped Like Itself, and Double Meaning. Frequently results in Comically Missing the Point.

This trope does not mean tropes being taken literally, contrary to popular belief.