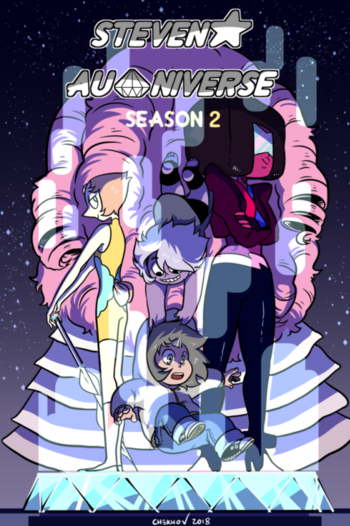 The story is set in an Alternate Universe where Steven's mother was actually White Diamond instead of Rose Quartz. After running away from his abusive foster family, Steven runs into a mysterious woman with only one eye. They soon get separated and Steven finds himself in Beach City and under the watch of the Crystal Gems.

The Webcomic can be read on Tapas here

Ask White Pearl and Steven (almost!) anything provides examples of: