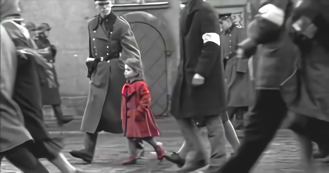 Sometimes, in a Deliberately Monochrome work, you'll see an object with a different color. Usually to indicate something important.