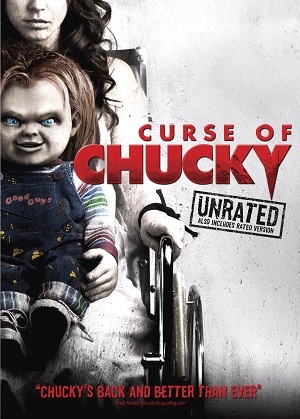 Evil has a new home.
Advertisement:

The sixth film in the Child's Play series, and the first released directly to video.

Twenty-five years after the events of the first film, Chucky appears on the doorstep of Nica, a young paraplegic woman. Of course, everyone around her soon starts dying, and Nica discovers she may have a past connection with Chucky.