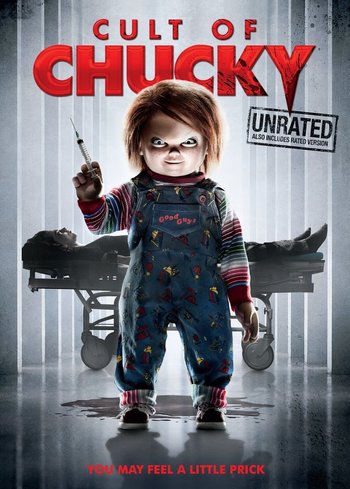 Just when she thought playtime was over...
Advertisement:

The seventh film in the Child's Play series, and the second to be released direct to video.

Four years after the events of the previous film, Nica is residing in a mental institution, convinced that it was her who killed her family and not Chucky. Unfortunately for her, the killer doll returns to terrorize her, as well as the rest of the patients and staff, while also having a score to settle with his old enemy, Andy Barclay, with the help of his lover Tiffany.

Followed by Chucky, a sequel series set some time after this film.