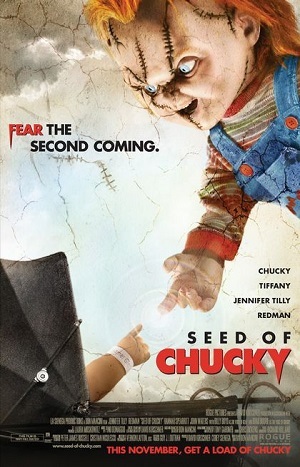 The fifth film in the Child's Play series, and the last of the Mancini-written series to be released in theaters.

Series creator Don Mancini directs, and once again focuses more on comedy. Six years have passed since the events of Bride of Chucky. Glen, the son of Chucky and Tiffany born during the events of the previous film, makes a meager living as a ventriloquist's dummy and dreams of meeting his famous parents. He successfully tracks the dolls to Hollywood and revives them. They have somewhat unique approaches on parenthood. Now they want to have some family fun, with Tiffany intending to possess actress Jennifer Tilly who portrayed her on screen.