Webcomic / The Boy in Pink Earmuffs 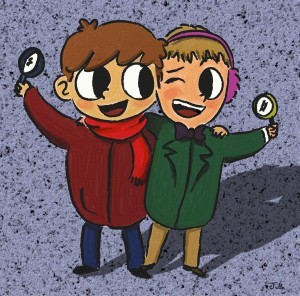 JJ (left) and Danny (right).
The Boy in Pink Earmuffs

is a webcomic about a ten-year-old boy named Danny and his friend JJ.
Advertisement:

Danny recently moved into the neighborhood and the first boy he meets is JJ. Despite originally being turned off by Danny's campiness, JJ learn they have more in common than they expected. Danny gains a crush on JJ and romance ensues.

The Boy in Pink Earmuffs contains examples of: