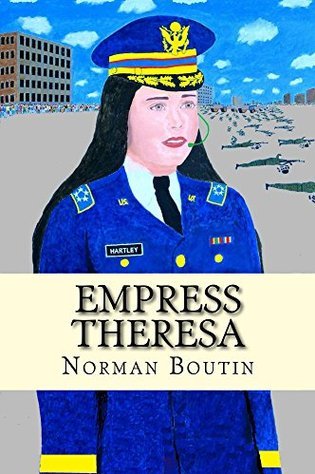 Empress Theresa is a self-published novel by Norman Boutin, which hit Amazon.com in early 2014. The story is an odd amalgam of Science Fiction and Chick Lit: the titular Theresa, a ten-year old girl who happens to be "cute as heck" and "a whiz at school", experiences a union or "merging" with a mysterious alien entity, which she names HAL.note And yes, that naming reasoning is in-universe. HAL gives her various powers, including superhuman strength, and as she comes of age, she is forced to put these powers to use for the good of mankind.

Tropes found in Empress Theresa include: