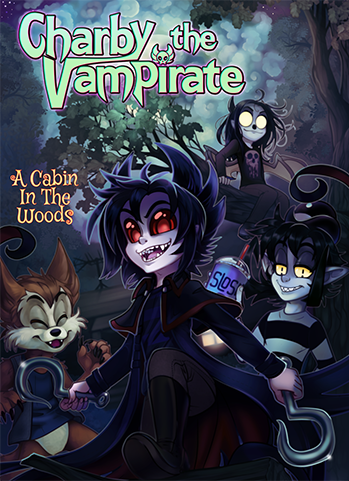 is a webcomic that has been hosted on the webcomic site The Duck since 2004, and ComicFury

since 2021, with a few tweaks and new pages added to smooth out the pacing from the 2006 version, that is intended to be the definitive version of the story, with the original run of the webcomic still available to read on its original site. Though it preceded the other two "Vampirates" by a year, it wasn't terribly notable until the art improved. It started off as a loosely linear, dark comedy, based on horror movie send ups and a Take That! of the Spinoff Babies phenomenon but revealed later that it actually has a plot and detailed setting. Patreon