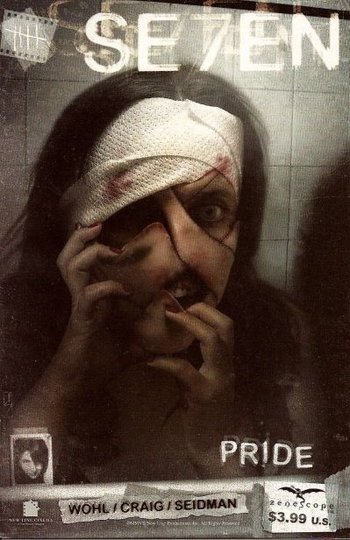 Pride goeth before the fall...
"You're quite a pretty girl... You don't want to stop being pretty, do you...?"
— Gustav (threating Gina), Runaway: A Road Adventure
Advertisement:

A beautiful character is punished by being turned ugly, which is a Fate Worse than Death. Usually a punishment for vanity, but not necessarily. See also Beauty to Beast, which is the general trope of a beautiful person turning ugly for whatever reason, including plain old-fashioned aging.

Related to Beauty Equals Goodness and Karmic Transformation. Original tales of Bewitched Amphibians were often aiming at this. See also Tarnishing Their Own Beauty for when this is self-inflicted. Can overlap with Ugly All Along where the beautiful character is actually ugly, but is using make-up or magic to hide their ugliness, and they are punished by having their true appearance publicly exposed to their former fans.