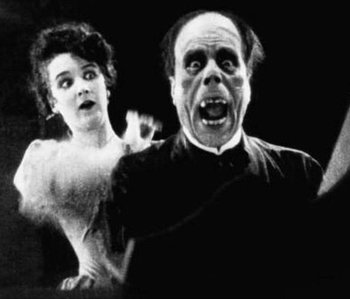 Yo tropes' so ugly, that when they tried to join an ugly contest, they said "Sorry, no professionals."

This index lists tropes about, or related to, hideous people and things. If you see one of these tropes, a major aspect involves being as unpleasing to the eye as possible.

Contrast with The Beautiful Tropes.