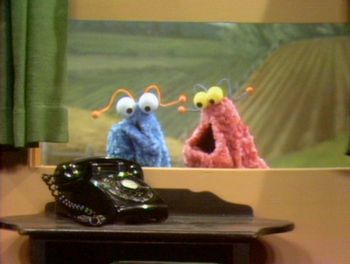 It's a secret so poorly kept, it's scarcely a secret at all: modern media doesn't like dealing in ugliness. Much of the time, even characters that are supposedly "ugly" are barely distinguishable from their "attractive" counterparts. This is why tropes like the Gonk carry such significance: in a work where nobody can really be called unattractive, a genuinely ugly character stands out so much more, to the point that they feel more like an oddity exhibit than a character.

But what about instances where "genuinely ugly" describes not an isolated character or two, but an entire species or race of creatures? As far as tropes are concerned, these clusters of creatures belong in the Grotesque Gallery.

The Grotesque Gallery trope describes any group, species, or race of creatures that is drawn or designed to be ugly, gross, or off-puttingly weird-looking. It's the concept of the Gonk writ large — instead of one or two isolated characters being hideous for the sake of comedy or a message, an entire group of creatures are designed to be extremely unattractive.

Characters belonging to the Grotesque Gallery can serve a variety of purposes. Some of the more common intentional uses include using the creatures' ugliness as a signifier that they're malicious or untrustworthy, completely subverting that idea by giving the ugly creatures hearts of gold, showcasing the effects of a magical or environmental catastrophe, or simply showing that the creatures are completely outside of what we consider the natural order.

Sister Trope of Gonk. Contrast Ugly Cute, in which a character is considered cute despite its conventionally "ugly" characteristics. See also Uncanny Valley, where a repulsive reaction is the result of a character looking just a bit "off", and Nonstandard Character Design, which is a tool that may be used to create denizens of the Grotesque Gallery.