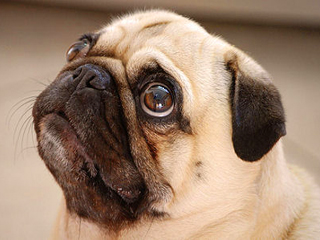 There's Generic Cuteness, the Ridiculously Cute Critter, and the Moe. And then there's these guys. Creatures who are different from other creatures.

OK, they look strange. Maybe they're deformed. They can even look monstrous.

However, they are also endearing, kind, and sweet. Maybe they retain a few Ridiculously Cute Critter traits, like big eyes or little awkward legs. Maybe they're The Woobie. Maybe it is simply that their lovely personality overrides any disgust at their physical appearance. Maybe they're stylized and don't look too realistic.

In short, even though they should not be cute by any sense of the word they are anyway. Indeed, many times these characters are so ugly, they're just adorable.

There are some who argue that this trope has much to do with parental instinct. Consider: very young human babies aren't conventionally cute at all; that takes a few months. They come into the world as discolored wrinkly blobs that scream like the world is ending whenever anything upsets them. And yet, all these traits seem to say, "Gotta love me!"

"Busukawaii" is a name in Japanese for fans of these characters.

Not to be confused with Grotesque Cute, which is generally when evil things are done by (or to) conventionally cute things.

Compare The Grotesque, Gonk, Unkempt Beauty, Freaky Is Cool, Face of a Thug, Creepy Cute, and the nicer versions of Fluffy the Terrible. But see also What Measure Is a Non-Cute? and Beauty Equals Goodness as those tropes will probably and unfortunately, directly affect these characters. See Grotesque Gallery for what can happen when character designers try for this kind of appeal and fail.

Alternative Title(s): So Ugly Its Cute