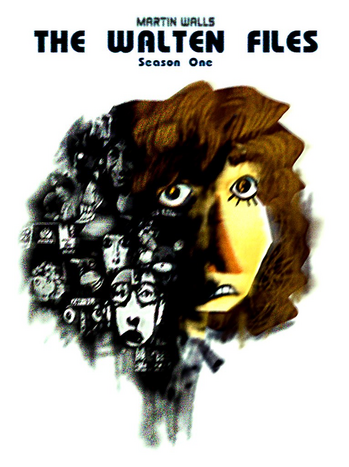 Step right up and enter your most repressed experiences and get ready to be amazed.
"You must be so confused about what you saw. Don't be scared, my little bunny. Answers will be given eventually, but don't try to solve this puzzle only with the pieces you have so far. This is only the beginning, for I am going to tell you a story of broken people. Beautiful people. He is so sorry about what he did to them, but there's nothing he can do. Remember that. Safety in pills, Sophie."
Advertisement:
The Walten Files is an Analog Horror animated series created by Martin Walls.

Similar to channels like Squimpus McGrimpus, it's inspired by Five Nights at Freddy's. However, it makes itself distinct from other series similar to it because it takes place in an alternate continuity with original characters and locations, and it uses a 2D animated art style instead of actual footage.

The Walten Files provides examples of: