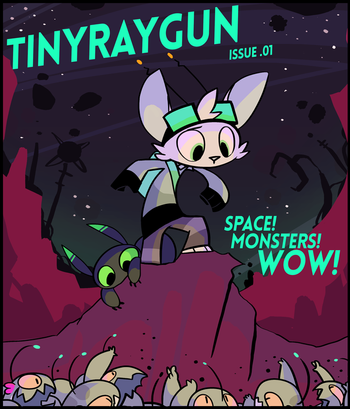 is a Sci-Fi Webcomic by Shelbie Copas (A.K.A. Themsjolly), following the adventures of a bright but naive space explorer trying to make her way in the galaxy.