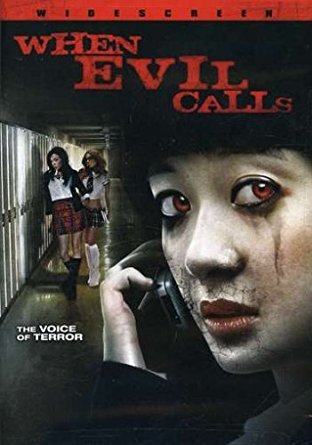 You have been granted a wish...
Advertisement:

When Evil Calls was the first horror series designed to be downloaded to mobile phones. Originally consisting of 20 episodes of 4-5 minutes each, it was reedited and additional footage added to turn it into a feature film. Written and directed by Johannes Roberts, it stars Jennifer Lim, Dominique Pinon, Sean Pertwee, Sean Brosnan, Chris Barrie, and Rick Warden.

When Evil Calls centres around the mysterious appearance of a text message that grants the students of Wilburn High School in the UK their wildest desires.

You have been granted these tropes: