Beast with a Human Face 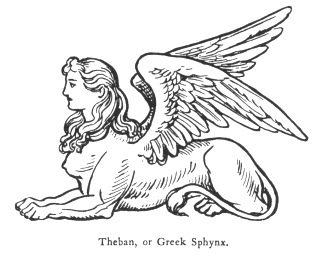 "The face was as the face of a just man,
Its semblance outwardly was so benign,
And of a serpent all the trunk beside."
— Dante Alighieri, Inferno 17.10-12
Advertisement:

Appreciating this fact may provoke thoughts of What Measure Is a Non-Human?, and produce an Uncanny Valley effect in viewers. Meta-wise, it can allow an otherwise-nonhuman creature to display a human actor's full range of facial expressions on-screen.

Sometimes a property of Mix-and-Match Critters. When the creature's face actually belonged to some other human character, see Face Stealer. For humans with animal appaearances and traits, see Beast Man. For inanimate objects with human faces, see It Kind of Looks Like a Face. For specific beasts (traditionally) like this, see Our Sphinxes Are Different, Our Manticores Are Spinier and Shedu and Lammasu.

The inverse of this trope, humans with heads of animals, is Non-Human Head.