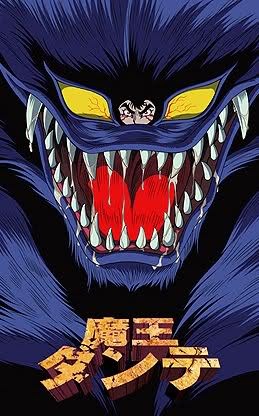 Demon Lord Dante (Maō Dante) is a 1971 manga by Go Nagai. Remakes of the manga were released in 1994 and 2002. A 13-episode anime was released in 2002. Unfortunately, the animation of that series was extremely poor, the story was filled with plot holes, and to make it worse, the English dubbed version was dreadful at best.

The story is about a boy named Ryo Utsugi who, after a series of nightmares, eventually encounters a powerful demon named Dante in the Himalayas. After being eaten by said demon, Dante is consumed by Ryo's memories, allowing his mind to be taken over. Ryo learns from Dante and Medusa that God, the current ruler of Earth, is actually an evil alien invader who conquered the planet and subjugated its people, turning the rebels into demons. The rest of the story focuses on Ryo's life as he battles against God while learning the true nature of the Angels, the Demons, and Dante himself.

Many themes from Demon Lord Dante recur in other works by Nagai, including Devilman and Devilman Lady. In fact, Devilman came into being because Toei producers became interested in Dante and asked Nagai for a similar yet more marketable series. The much Lighter and Softer Mazinger Z also borrows from the designs of Dante and his fighter jet (for the titular Super Robot) and God (for the Emperor of Darkness).