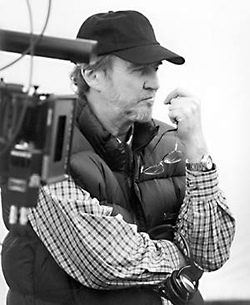 Wesley Earl "Wes" Craven (August 2, 1939 - August 30, 2015) was an American film director, producer, and writer, and was the creator of many iconic and genre-defining horror films. He was probably best known for his creation of Freddy Krueger, the dream-haunting villain introduced in A Nightmare on Elm Street (1984). He also found great success a decade later with the movie Scream (1996), a deconstruction of the slasher sub-genre that launched a slew of late '90s imitation horror films.

Born in Cleveland, Ohio, Craven was raised by a Baptist family and was reportedly a target for bullies (including one with the same name as his most famous creation). After leaving home, he gained an education in English Literature, Psychology, and Writing; he then married, and started a family. His marriage ended after five years, and his children left with his ex-wife. He moved to New York, and eventually directed The Last House on the Left, followed five years later by The Hills Have Eyes (1977). The success of these movies made him a seminal name in horror cinema.

Additionally, he directed a number of episodes of The Twilight Zone (1985) and, quite bizarrely, the biopic Music of the Heart (his only PG-rated movie). Craven joked that he went "from violence to violins" in directing a movie about a music educator played by Meryl Streep.

He has also written one novel, Fountain Society, which deals with scientists doing brain transplants.

Common Tropes in Craven's Work Include:

The first monster you have to scare the audience with is yourself.