Literature / Flight of the Godkin Griffin 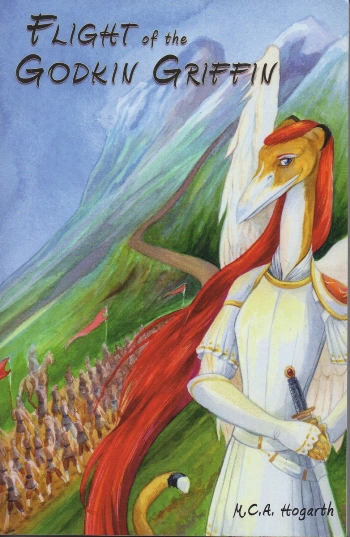 A fantasy furry novel written by M.C.A. Hogarth and serialized on LiveJournal before being collected into two books published by Sofawolf, Flight of the Godkin Griffin follows the adventures of Mistress Commander Angharad Godkin, a military commander in a vaguely Roman style empire, who is one day away from retirement after thirty-four years of military service, only to be suddenly reassigned to be the governor of a recently conquered and very restive province. Though it smells of politics, Ang does her soldierly duty and leads her company into restive Shraeven, to be confronted with war, politics and some very demanding gods.