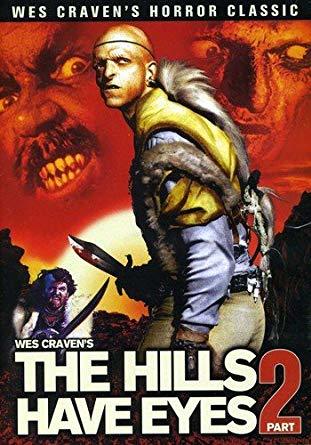 [...]beyond the towns and roads, the hills still have eyes.
— The Opening Scroll
Advertisement:

The 1984 sequel to the original The Hills Have Eyes, also directed by Wes Craven.

Bunch of people consisting of motocross drivers, their girlfirends and Ruby from the previous film (now a normal member of the society), are making their way across the Nevada desert to a race, but due to taking a rocky shortcut, their bus faces structural damage and runs out of gas. They take refuge in an abandoned mining complex, but find two cannibals there, who are ready to add them to their menu.