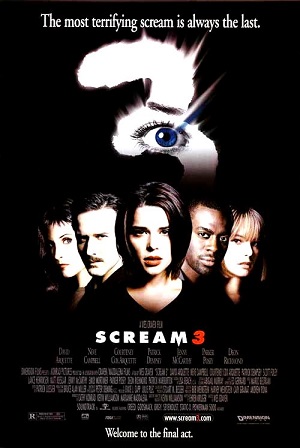 Scream 3 is a 2000 slasher movie directed by Wes Craven, from a screenplay by Ehren Kruger. It is the third film in the Scream franchise.

Some time after the killings at Windsor College, Sidney Prescott (Neve Campbell) has gone into complete isolation. When the Stab film series begins production on its third and final installment, another killer calling themselves Ghostface surfaces on the scene, apparently targeting its cast members. It soon becomes evident that the murders are somehow linked to Sidney's late mother Maureen, forcing Sidney to face her past once and for all.