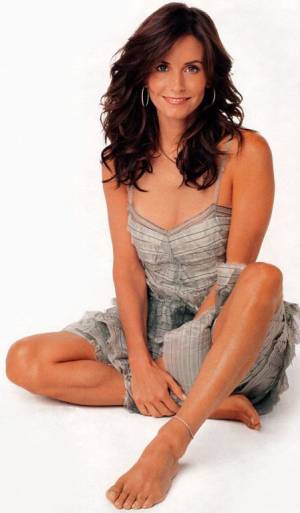 Courteney Bass Cox (born June 15, 1964 in Birmingham, Alabama) is an American actress, best known for the role of Monica Geller in Friends. She also appeared in the Scream series and starred in the sitcom Cougar Town.

She married David Arquette in 1999, but they separated in 2010; during this time, she was known as Courteney Cox Arquette.

Note that her first name is spelled "Courteney", not "Courtney".