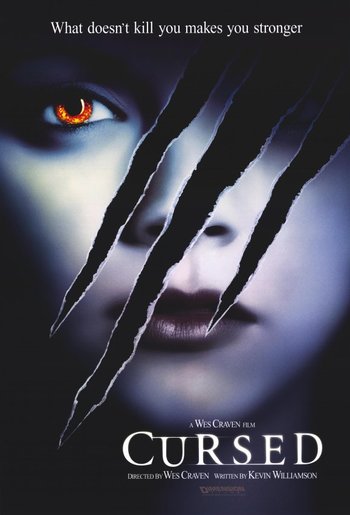 Siblings Ellie (Ricci) and Jimmy (Eisenberg) are driving back to their home near the Hollywood hills one night when they collide with another vehicle, sending it careening into the forest below. While attempting to help the other driver, a young woman named Becky Morton (Shannon Elizabeth), get out of her car, they are suddenly attacked by a large beast emerging from the shadows. The creature drags Becky into the forest after biting and scratching Ellie and Jimmy. When paramedics arrive and ask the siblings what kind of animal attacked them, Jimmy can only respond that it looked like a "wolf the size of a man".

Soon after, they start noticing changes within themselves. They're getting stronger. Their reflexes are faster. They seem to be more attractive to members of the opposite sex... and the scent of blood has a powerful effect on them. Jimmy is quick to realize what's going on: they're becoming werewolves. His excitement is quickly overshadowed, however, when they learn that more and more young women are being violently attacked. Ellie and Jimmy realize that the werewolf that cursed them is stalking the streets of L.A., and with the first full moon since their attack quickly approaching, they may very well be its next prey of choice.

Notable for having its werewolf designed by Rick Baker.