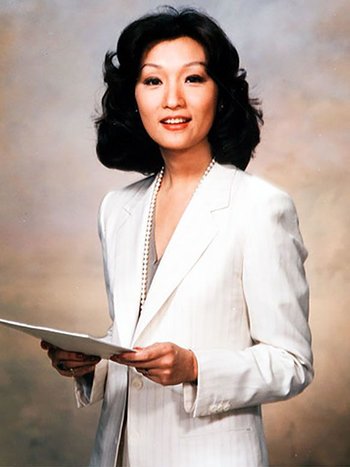 Constance Yu-Hwa Chung (August 20, 1946) is an American journalist who has been an anchor and reporter for various US news networks NBC, CBS, ABC, CNN, and MSNBC and is best known for her interviews with Claus Von Bulow and Magic Johnson.

She is married to talk show host Maury Povich and they have an adopted son.