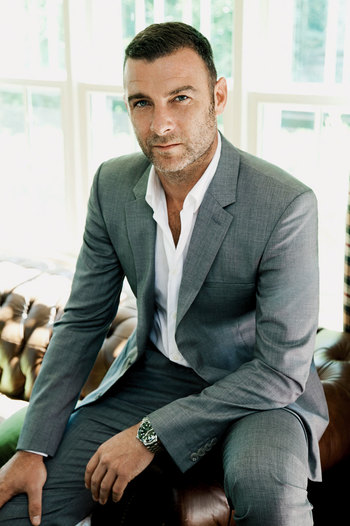 A notable character actor who's appeared in many films since the early 90s, Schreiber is perhaps most recognized for his role as Ray Donovan in the eponymous Showtime series of the same name, as well as playing Sabretooth in X-Men Origins: Wolverine opposite Hugh Jackman, and Cotton Weary in the first three Scream movies. He's also an acclaimed a stage actor, with both a Tony and a Drama Desk Award for his work on Broadway.

Schreiber was married to Australian actress Naomi Watts from 2005 to 2016, with whom he shares two children. Pablo Schreiber is his younger half-brother.