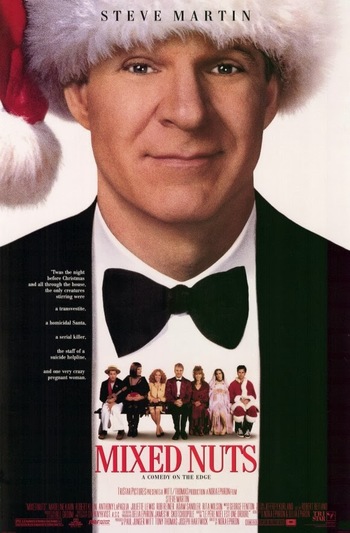 The plot revolves around a suicide hotline, a serial killer, two broke lovers, an eviction notice, and a trans woman who just wants to be loved. The hotline is run by Philip (Martin), Catherine (Wilson), and Mrs. Munchnik (Kahn), and Catherine is in love with Philip. Even though it's Christmas Eve, business is slow — the only calls they receive are either obscene or from people who are worried about a Serial Killer called the Seaside Strangler — and the hotline has been evicted from its apartment unless Philip and company can pay their rent. Meanwhile, Gracie (Lewis) and Felix (LaPaglia) — who are probably lovers, though it is never confirmed — are expecting a baby but cannot afford to give birth in the hospital, while Chris (Schreiber) — a transgender woman — is looking for someone who will respect her for who she is.

This film, especially the humor, is polarizing material, and while it originally bombed it is still loved by the cult, especially fans of the cast.