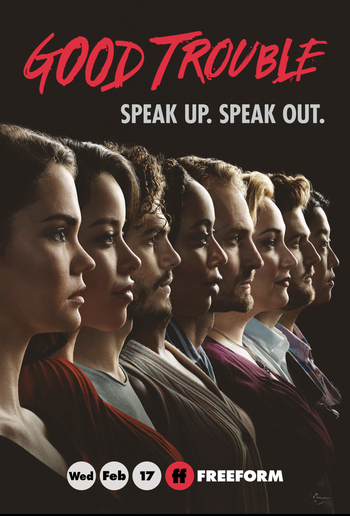 Good Trouble is an American drama series on Freeform and created by Joanna Johnson. It began in 2019 as a spinoff to The Fosters with Maia Mitchell and Cierra Ramirez reprising their roles from the previous series.

While Callie and Mariana initially held most of the focus of the show, the residents of The Coterie gradually started to take more prominent roles in the series.