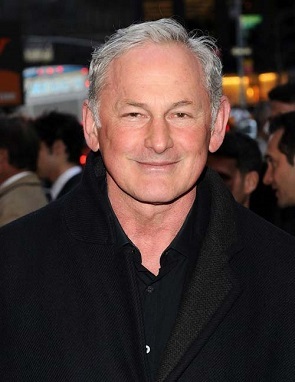 Victor Joseph Garber (March 16, 1949 in London, Ontario) is a Canadian actor and singer.

A veteran and prolific actor who started acting since he was nine years old, he has since been in some of the most memorable projects of the succeeding decades, be it stage, film, or television. Among these accolades includes originating the roles of Clifford Andersen in Deathtrap, Anthony Hope in Sweeney Todd, and John Wilkes Booth in Assassins, as well as Jesus in the inaugural Canadian adaptation of Godspell. He along with fellow Canadian actor Robbie Amell also played both halves of the DC hero Firestorm on the The Flash (2014) in the character's first ever appearance in Live-Action.

In 2013, he was inducted to the Canada's Walk of Fame for his contributions to Canadian media.