Film / The Last Days on Mars 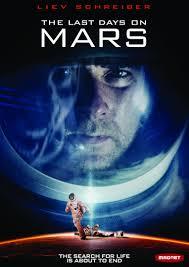 The Last Days on Mars is about a group of astronauts who are about to return from a 19-month mission to Mars when they are afflicted by a biological agent that turns them into zombie-like creatures.