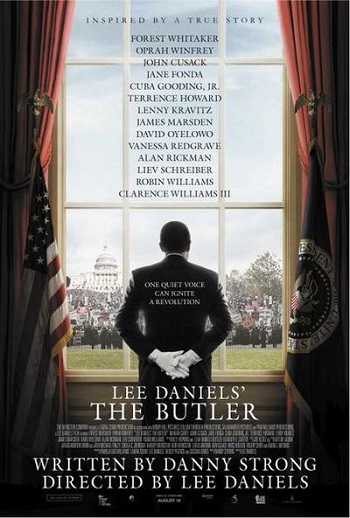 Lee Daniels' The Butler (previously known simply as The Butler) is a historical film directed by Lee Daniels, who also directed Precious. It stars Forest Whitaker as Cecil Gaines (based on the Real Life figure Eugene Allen

), the head butler of the White House from 1952 to 1986, where he served under eight different Presidents, and bore witness to the changes in the political and racial landscape of the United States during his tenure.

The movie was released on August 16, 2013. The trailer can be seen here