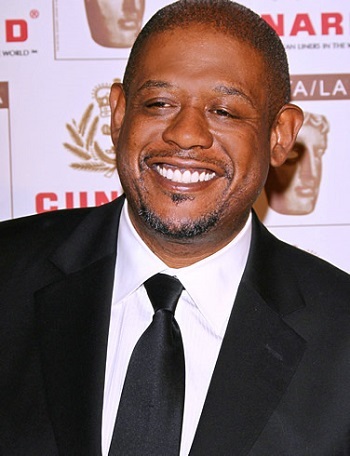 "I try to be like a forest, revitalizing and constantly growing... Kids would tease me, calling me 'Little Bush.' But... I thought being called Forest helped me find my identity."
Advertisement:

Forest Steven Whitaker III (born July 15, 1961 in Longview, Texas) is an American actor, producer, and director. An intense and engaging character actor, he's won numerous awards (including the Academy Award for Best Actor for his portrayal of Idi Amin in The Last King of Scotland). With a bevy of well-received performances under his belt and appearances in great films such as Fast Times at Ridgemont High, The Crying Game, Ghost Dog: The Way of the Samurai and...uh... Battlefield Earth, critics and movie-goers alike consider him to be one of the most accomplished and talented actors working today.