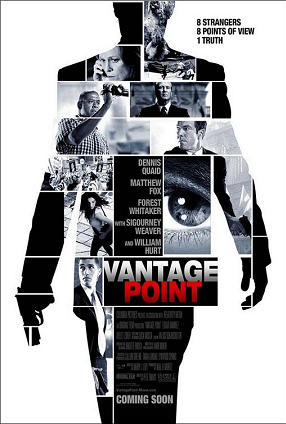 "This is a wondrous day. Today, we make history."
Advertisement:

2008 political action thriller. US President Ashton comes to Salamanca, Spain to give a speech at an anti-terrorist summit in a public plaza when he is suddenly shot. Just as he is pulled away, two bomb explosions go off, throwing more chaos to the mix. The plot advances then through the POVs of different characters, literally rewinding back to before the incident to show the next one's. In the process a number of twists happen, revealing that there is more going on behind than what seems to be at first.

Notable for its All-Star Cast.

In 2020 a TV-series remake of the film was put into production.