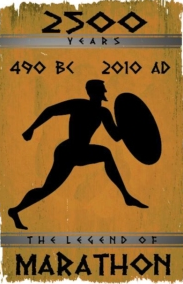 Baby we were born to run....
The hero or heroes run very fast to save someone, fight someone, deliver critical information, or other reasons. Often scored with a Theme Music Power-Up.

See also Bring News Back, Meadow Run, Race for Your Love. Contrast with Power Walk. May be a part of a Stern Chase