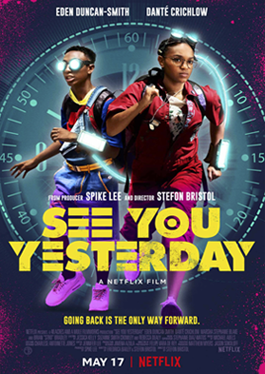 Trying to make things right with Time Travel!
See You Yesterday is a 2019 film about Claudette & Sebastian, two teenagers that try to stop her brother from being murdered by cops due to a misunderstanding. Their solution? Time Travel!

See You Yesterday provides examples of: