Anime / Sword of the Stranger 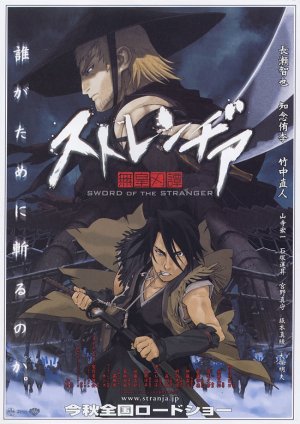 A young boy named Kotaro and his dog Tobimaru are on the run from assassins from the Ming Dynasty, who follow a prophecy that calls for the child's blood as the main ingredient to the secret to immortality. Along the way they meet a skilled Rōnin known only as Nanashi (literally, nameless), who keeps his blade tightly bound to its sheath and unable to be drawn. Kotaro offers to hire Nanashi for protection on the way to the nearest temple, but the Ming aren't so easily deterred.