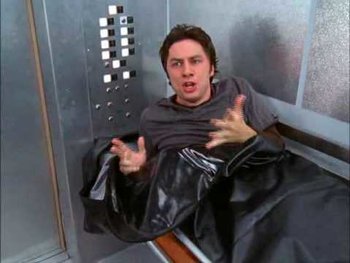 It works better if you don't move. Or talk.
Rory: These things could really do with airholes!
Canton: Never had any complaints before.
— Doctor Who, "Day of the Moon"
Advertisement:

Related to Playing Possum and Trojan Horse, this is when a character hides in a bodybag or a coffin and is wheeled into a hospital or other facility, then gets out and does his/her mission.

A Sub-Trope — and a subversion — of Zipping Up the Bodybag. If used as a means of escape, it may end with the character being Buried Alive — but not for long. See also Coffin Contraband and Saved by the Coffin.