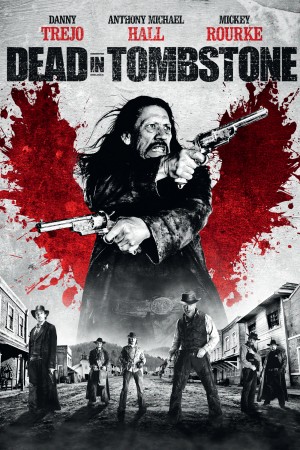 A gang overruns a small mining town murdering their own leader Guerrero (Trejo) in a cold-blooded power grab. Sentenced to eternity in hell he finds himself confronted by Satan himself (Rourke), offering a daring proposition: deliver the six souls of his former gang and he will escape damnation. With time running out, he sets out on a brutal rampage to avenge his own death.

The film was followed by a sequel, Dead Again in Tombstone, in 2017.

Dead in Tombstone contains examples of: