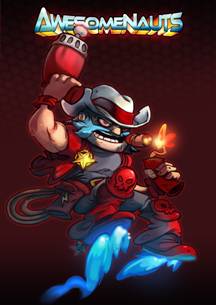 So Sgt. McKickass has a cigar in his mouth, and brings up a stick of dynamite; lighting the fuse off his cigar. A puff of smoke from his mouth, a sly grin, and he's off walking forward, tossing the dynamite behind him. Usually includes McKickass performing an Unflinching Walk.

Can also be done with a cigarette or (conceivably) a pipe, but cigars just look cooler.

Occasionally it may be done inadvertently by carelessly tossing a still-smoldering smoke into an ill-placed box of dynamite or fireworks and igniting the fuses.

Not to be confused with Explosive Cigar. A means of subverting Hard-to-Light Fire. Couldn't Find a Lighter is the inverse. Compare to Reusable Lighter Toss.