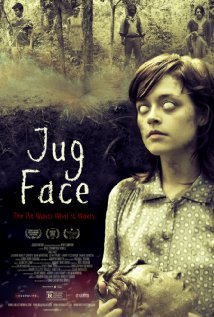 "The Pit wants what it wants."

It follows Ada, a teenage girl who lives in a small backwoods community. On the day of her engagement, she learns she is to be sacrificed to a dark god.